Mysticism in Mykonos: the unexpected wonders

There is nothing more serene and mystifying than listening to the evening mass in one of the isolated, seaside candle-lit chapels, where the sound of the waves is harmoniously tuned to the rhythmical chant.

Apart from swimming in spectacular sandy beaches, strolling down picturesque alleys, shopping in exclusive boutiques, dining in awarded restaurants and enjoying the most rocking nightlife, there is a “mystic” side of Mykonos that not everyone knows. It is the magic of its 365 and more churches; from tiny, white-washed chapels hanging over mountain cliffs or washed by the sea in small, deserted beaches, to beautiful churches standing tall over the harbor or hidden around the town’s small streets. Among them, is Panagia Paraportiani in Kastro; an architectural diamond, designed as five churches in one and undoubtedly one of the most photographed worship sites in the Cyclades!

It is of absolutely no importance whether you are religious or not, or whether you believe in a different god. What matters is the long Greek tradition of building churches and monasteries in spectacular spots; monasteries i.e., are often built in the same spots where ancient temples used to stand.

It is said that there are more of 800 worship sites on the island, from cathedrals to family chapels which are built by the locals in their lands as an act of faith and devotion. One thing is for sure: that in Mykonos you can find at least 365 “official” churches, one for every day of the year!

Some of them are very old, from the primary Byzantine era and have been declared as historical monuments by the Greek Ministry of Culture. Most of the rest were built between the 17th and the 19th centuries while the newest ones come in simple architectural forms, usually featuring colorful arched roofs. There are all “homes” of dozens of saints, and there is nothing more serene and mystifying than listening to the evening mass in one of the isolated, seaside candle-lit chapels, where the sound of the waves is harmoniously tuned to the rhythmical chant. 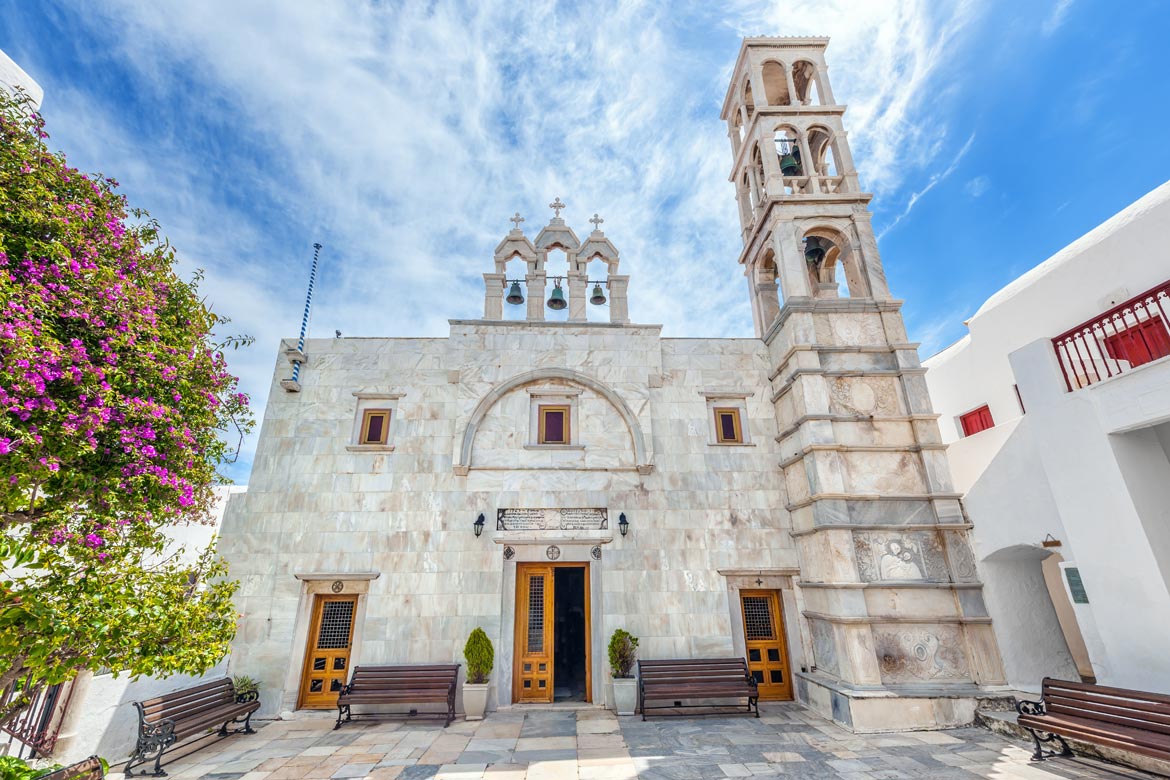 And, while being in this amazing island do not miss to also visit some of its historical monasteries, like the 17th century Agios Panteleimonas monastery in Marathi, for its beautiful wall paintings, the great Monastery of Panagia Tourliani (16th-18th centuries) for its rare icons and the Ecclesiastical Museum it hosts in its premises and the monastery of Paleokastro (18th century) near Ano Mera, operating today as a nunnery.