Greek heritage is a spectacular mixture of mythology, words of wisdom recited by ancient poets and philosophers, magnificent temples and unique monuments that have stood tall for thousands of years; a civilization that has shed its light on the whole world and has influenced the course of History.

Surrounded by the deep blue Aegean Sea, home of the legendary Cyclades, Mykonos —a real beauty among them— has played a significant part in the history of Greece. If you look at the Aegean map from above, the first thing you will notice about it is that it looks almost “glued” to the neighboring Delos Island which is a place of pure magic! According to mythology, Delos is the birthplace of Apollo, ancient god of music and of his sister Artemis (Diana), goddess of hunting.

In 1990, this small, sacred island was included in the World’s Cultural Heritage Sites and Monuments, protected by the UNESCO. Among the many ruins that remain until today in situ, there is the world-famous Terrace of the Lions, dedicated to Apollo. The five marble animals stand in a row facing eastwards, as eternal guardians of the Sanctuary. 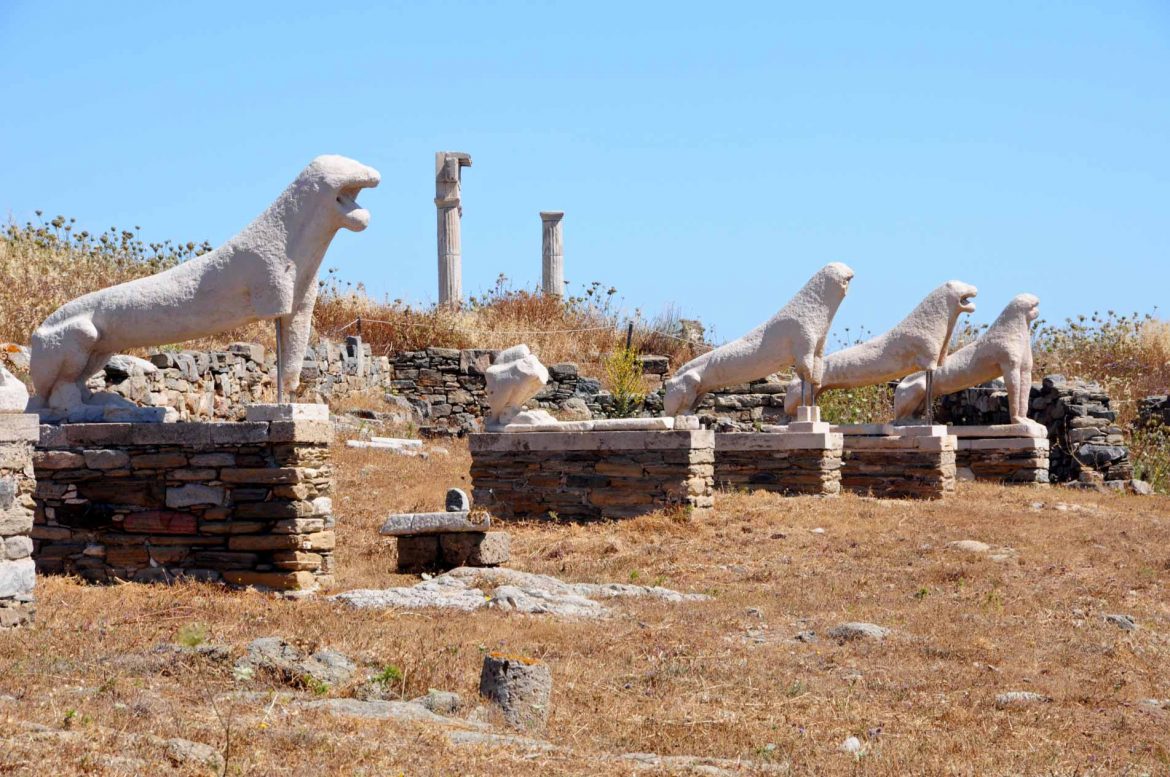 It is said that Mykonos was named after the son of the King of Delos and was in fact formed by one of the Titans who, after being killed by Hercules during one of his epic feats, was thrown in the Aegean and transformed to a rock.

During ancient times, Mykonos, like the rest of the area, developed an important culture. The excavation carried out in 1873 in Delos by the French School of Archaeology revealed rare treasures and brought the two Aegean gems in the center of the world’s attention.

So, when the time comes for your next trip to Mykonos, be sure to pay a visit to Delos; an island that, among other, offers one of the most stunning sunset views in the world! Visit also the Aegean Maritime Museum that is dedicated to the history of the merchant ships in the Aegean Sea and, of course, the Mykonos Archeological Museum which is one of the oldest in Greece.

Until then, stay safe!